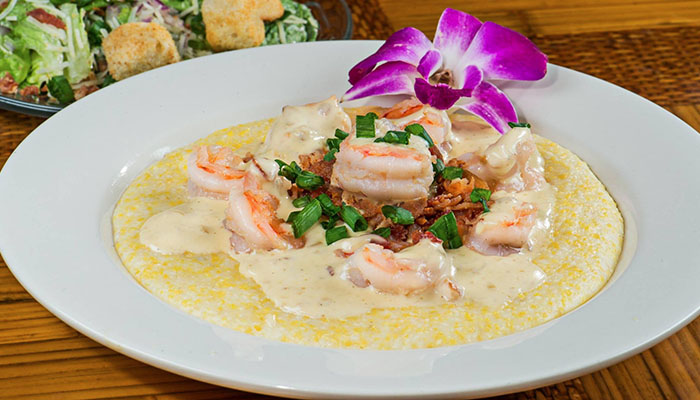 Grits is a food of Native American origin that is common in the Southern United States, mainly used in breakfast. It consists of coarsely ground corn. When made from hominy, it is referred to as hominy grits. It is sometimes called sofkee or sofkey from the Creek word. The name ‘ is most likely to have derived from the German term “Grütze”, which in turn derived from the Italian term “Gruzzi”, meaning crushed – or coarsely ground – corn.

They similar to other thick maize-based porridges from around the world, such as polenta. It also resembles farina, a thinner porridge.

Grits are usually prepared by adding one part to two-to-three parts boiling water and seasoned with salt and butter. They are usually cooked for 15 – 20 minutes or until the water is absorbed and the they become a porridge-like consistency. Grits expand as they are cooked and need to be stirred several times to prevent sticking and forming lumps. They may be served with grated cheese or topped with sausage or country ham “red-eye gravy”. Those closer to the Mason-Dixon line may prefer to season grits with sugar instead of salt.

They can also be fried in a pan or molded to create a firm block. The resulting block can be cut with a knife or wire, and the slices are fried in a fat such as vegetable oil, butter, or bacon grease.