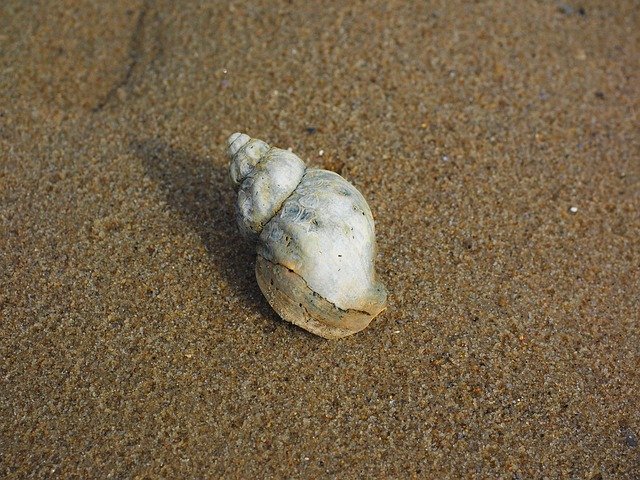 Christened the state shell in 1987, the knobbed whelk is a whorled shell. It grows to  eight inches long at maturity. It displays heavy spines, many knobs, and an orange or red mouth. Minerals in Georgia coastal waters cause ocher striations on the sand-colored, semi-gloss surface. This marine snail shell appears all along Georgia’s shoreline, out to 30 feet of water.

Knobbed whelks grow to eight or nine inches in shallow water along the coast from Massachusetts to northern Florida.

Like lightning whelks, knobbed whelks feed on clams, and the females lay strings of egg capsules attached by one end in the sand.