The sea islands that extend along the Eastern coast of South Carolina and Georgia. 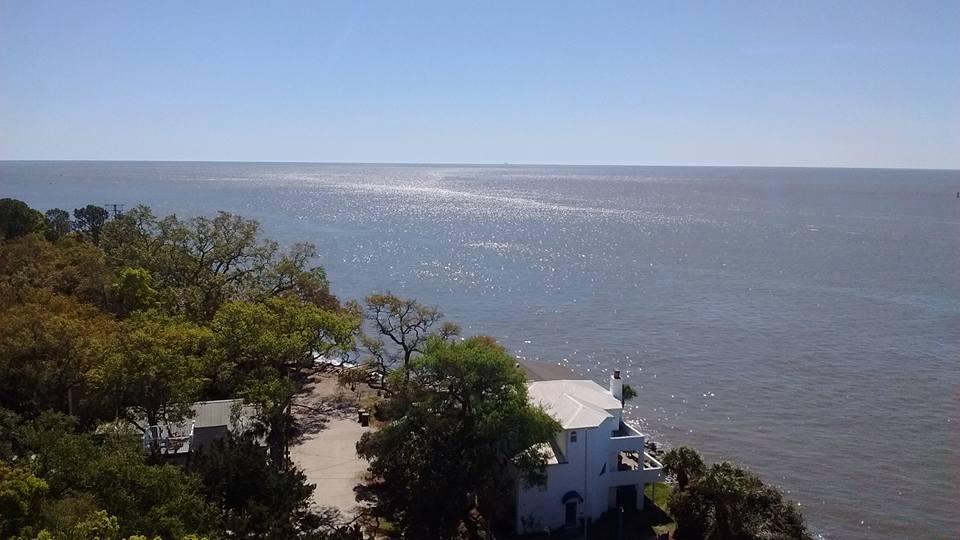 Their history and style reflect each island. From the sandy beaches of Edisto Island, SC to the isolated beauty of Cumberland Island, GA, the South Atlantic coast boasts a variety of islands that appeal to the dreamer in each of us.

The Atlantic Ocean not only defines each of the sea islands, it unites them in an eternal symphony, creating a rarified music where the waves meet the shore. Each sea island has a distinctive personality and seems to be dusted with a special magic. Some are developed, with internationally-acclaimed resorts and luxurious amenities; others remain desolate, with seabirds nesting among stands of native cypress, tupelo and oak trees. The remarkable diversity among the Carolina and Georgia sea islands helps to create a unique geographic and cultural environment in the waters of the Atlantic.

Thousands of years ago, the sea islands were part of the mainland.

In fact, most of the coastal sea islands were formed during the Ice Age, when the polar caps began to melt and sea level around the globe slowly rose, flooding low lying areas along the Southeast coast to create modern-day sounds and leaving patches of higher ground exposed as a chain of offshore barrier islands.

With 198 miles exposed to the Atlantic Ocean and more than 500,000 acres of coastal marshes, South Carolina is a liquid paradise with deep ties to the sea. Sixteen barrier islands guard the Carolina shore like sentinels of old, protecting the mainland from hurricanes and severe storms.

Before the Civil War, many of the Carolina sea islands featured enormous rice and cotton plantations.

This led to much of the islands’ antebellum wealth. Sea Island cotton, in particular, commanded extremely high prices on the market and was widely recognized as the finest American cotton.

South Carolina’s neighbor to the south, Georgia boasts an equally historic and hypnotic coastline. Although the coastline measures a mere 120 miles, more than 800 miles of shoreline wind along the state’s coast, creating a rich coastal plain that swells daily with the tides. Georgia has more than five million acres of wetlands, 90 percent of which are located in the coastal region.

The Peach State boasts more barrier islands than any other state.

Its barrier islands are home to fresh and brackish waters that host migratory birds and provide a rich habitat for fish, shrimp and oysters.

Although the pristine beaches that ring the sea islands may seem to have been forgotten by time, they are, in fact, undergoing constant changes over time. Islands change shape as the wind, sun and sea conspire to redefine them over hundreds and thousands of years.

Hunting Island, SC, for example, has been fighting the sea for several centuries now. One of South Carolina’s loveliest state parks, Hunting Island, is quite literally, being reclaimed by the sea. Its lush palm and oak forests are being consumed by the ever-encroaching waves. Even the best efforts of the U.S. Marines to halt the erosion by moving massive sand dunes appear to be in vain.

They also reflect the complex relationship between civilization and wilderness. The magic of the sea islands, lies in the rich diversity of each ever-changing land mass.

Daufuskie offers a glimpse of what other sea islands were like before bridges and causeways opened them to development. Most native residents of Daufuskie Island are descendants of freed slaves, who have made their living oystering and fishing for decades. The subject of Pat Conroy’s, The Water Is Wide, Daufuskie Island has a timeless quality and is still accessible only by boat. Daufuskie has, nevertheless, begun to be developed as parts of the island have been transformed into exclusive gated communities.

Located 50 miles southeast of Charleston on SC 174, Edisto Island is a historic beachfront community that features stately old plantation homes, beach houses atop stilts and ancient oak forests. Named for the agrarian Edisto Indian tribe who once lived on the Island, the first permanent settlers grew indigo during the colonial era and then Sea Island cotton after the American Revolution. During the Civil War, many of the Island’s mansions were vandalized by Union soldiers. Edisto Beach State Park offers two miles of sandy beaches that are considered to be one of the best sites for swimming and shell collecting in the state.

This boot-shaped Island is the second largest sea island between New York and Florida and is widely considered to be one of the finest resort communities in the U.S. Perhaps the best know of all the sea islands, Hilton Head Island has nearly 35,000 permanent residents and hosts millions of visitors each year. With 12 miles of white sand beaches and unlimited golf and tennis, Hilton Head Island is a vacation heaven with a rich history. Indians hunted and fished on the Island more than 10,000 years ago and two shell mounds still remain today.

Named for the English sea captain Sir William Hilton, Hilton Head Island featured successful indigo, rice and sugar plantations in the 1700’s and priced Sea Island cotton before the Civil War. The Island served as a Union base to blockade Southern ports during the Civil War. After the Civil War, the Island was populated primarily by freed slaves who farmed, fished and hunted on the land. A bridge to the mainland was built in 1956, the same year that developer Charles Fraser purchased 19,000 acres on the Island. Through his development of Sea Pines intentionally preserved much of the natural beauty of the Island.

The 5,000 acre Hunting Island State Park remains the Island’s primary attraction. Located 16 miles southeast of Beaufort on US 21, the Island was once used almost exclusively for hunting, first by Indians and later by early colonists. The 136-foot Hunting Island lighthouse offers spectacular views of the park and the surrounding areas. Although the Island has suffered from extensive erosion, it remains one of the most beautiful and most popular state parks in the nation, with winding paths arching through thick palm, oak and palmetto forests.

Once a popular site for dueling South Carolina gentlemen in the nineteenth century, this Island just across the Savannah River from Savannah’s River Street is home to The Westin Savannah Harbor Resort, the Savannah International Trade and Convention Center and a 27-hole golf course.

Located between Charleston and Beaufort, Kiawah Island takes its name from the Indians who once inhabited the Island. From 1772 to 1953, Aldus Vanderhorst, South Carolina’s seventh governor, and his descendants owned the Island. The Kuwait Investment Corporation in bought Kiawah in 1974. The oil-rich investors researched the Island. They decided to take steps to protect wildlife and to set aside areas from development. Today the Island features several gated communities and superb golf and tennis facilities. It is home to over 150 native species including the brown pelican and the Atlantic loggerhead sea turtle.

This sea island is perhaps best known for Penn Center the first school for freed slaves in the South. It now serves as an educational center and museum. Gullah culture still thrives on the Island. Several hundred descendants of freed slaves still make their home on St. Helena Island.

Georgia’s southernmost coastal island is 16 miles long and extends almost to the Florida border. Accessible by ferry from St. Marys, the Cumberland Island National Seashore features one of the nation’s most unspoiled beaches. The island offers salt marshes, 20 miles of beaches and a variety of wildlife. Wild horses, alligators, sea turtles and even donkeys, originally imported from Sicily roam this national park. The ruins of the Dungeness Mansion, once owned by the Carnegie family, remain a popular stop on the Island.

Situated just south of St. Simons Island, Jekyll Island was once an aristocratic winter playground, hosting such families as the Morgans, Pulitzers, Vanderbilts and Rockefellers, all of whom were members of the famed Jekyll Island Club. An estimated one-sixth of the world’s wealth was controlled from the Island during the millionaires’ reign. The Millionaires’ Villagehas been restored to offer a glimpse of the opulent lifestyle that once characterized the Island and is open for daily tours.

At 43 square miles, Ossabaw Island is one of the largest sea Islands and is accessible only by water. Ancient Indian shell mounds offer evidence that the Island was once a favorite Indian hunting and fishing ground. Early Georgia colonists planted indigo on the Island and, some years later, cotton. Loggerhead sea turtles nest on the Island’s moonlight beaches each summer. Part of the Island houses a wildlife refuge, devoted to the sea turtles.

Sapelo Island has been home to the Gullah, descendants of freed slaves, for generations. It hosts some of the most intact Gullah communities in the Lowcountry. The Island also has an elegant French provincial home that was once part of the estate of tobacco millionaire R.J. Reynolds and now serves as a marsh and estuary research laboratory.

Approximately the size of Manhattan, St. Simons Island connects to the mainland via a causeway at Brunswick. Once the site of Spanish missions and English fortifications, St. Simons hosted may Sea Island cotton plantations after the Revolution. It became one of the most prosperous of the sea islands. A number of resorts and hotels make the Island a popular vacation destination.

Located 18 miles east of Savannah, Tybee Island is one of Georgia’s oldest and most historic seaside communities. Connected to the mainland by US 80, the Island hosts thousands of sun-worshipping visitors annually. The Tybee Island Lighthouse completed in 1736 by General James Oglethorpe,  offers spectacular views of the Lowcountry.