For some birds, St. Simons Island is too good to give up. 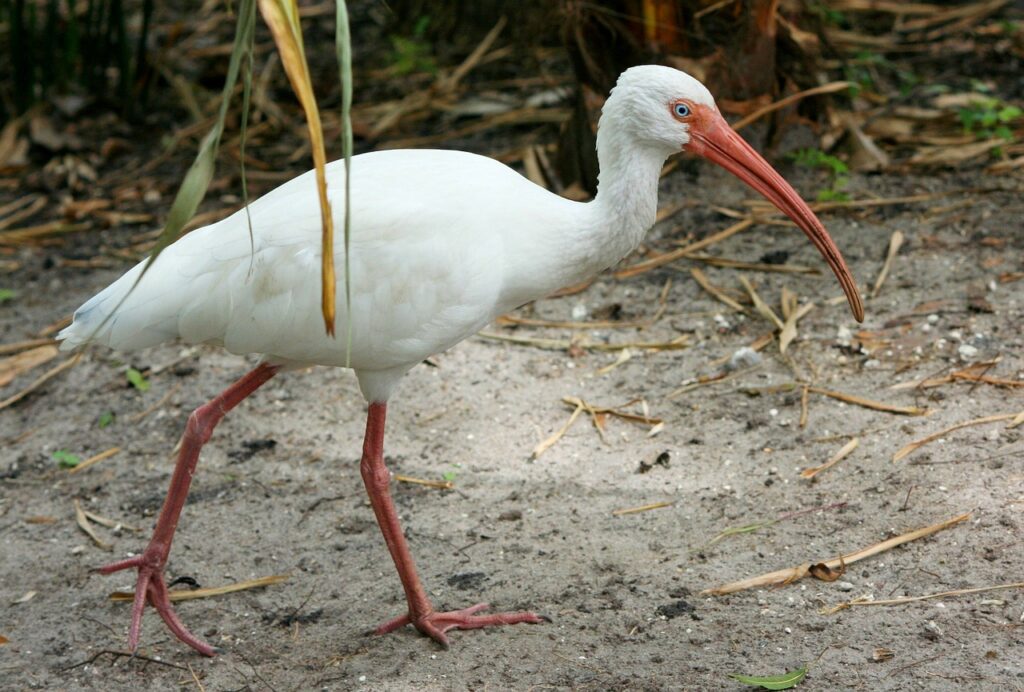 They do not migrate and call our area home all year. One of these bird species is the White Ibis, which is commonly seen in large flocks in the fall and winter. The White Ibis is a medium-sized bird, standing around a foot tall. Adults are almost all white, with black tips on the end of their wings, usually only seen while the bird is in flight.

Their most distinguishing feature is their long, curved beak.

It ranges in color from orange to pink. Males of the species look identical to females, but are about 35 percent larger.

White Ibis nest in large colonies along with other birds, such as anhinga, herons, egrets and storks. These colonies can number over 10,000 birds. Nesting occurs in the spring and summer, and by fall many of the juvenile Ibis have left the nest and can be seen flying in flocks. The juvenile White Ibis looks a lot like its parents, except that it has a mottled gray-brown plumage.

The White Ibis is highly adaptable, in part due its varied diet.

Ibis spend most of each day hunting for food, either by waving their beaks in shallow water or digging their beaks into sand and mud for crabs and other burrowers. They eat all kinds of seafood including crabs, shrimp and small fish. They also eat land-dwelling species such as spiders, ants and mosquitoes.

In the past, North American White Ibis spent their winters in the Florida Everglades and numbered in the millions.

Early European settlers ate the Ibis, after seeing Native Americans do so. These settlers remarked that, due to its diet, the White Ibis tasted like fish.

Over the last 30 years, drought and development surrounding the Everglades have caused the Ibis, along with the Wood Stork and Roseate Spoonbill, to spend more time further north. This northward trend has enabled these birds to establish year-round habitats on St. Simons Island.