What Is Sea Glass? 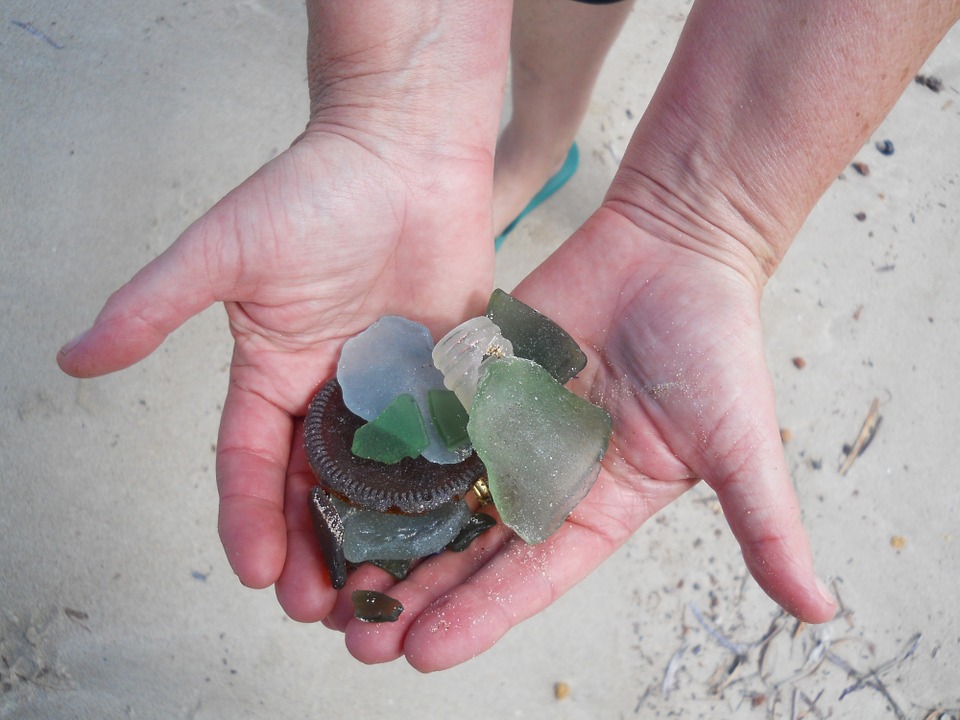 Sea Glass is well regarded as a symbol of renewal and healing. Some say it is a metaphor for life. In actuality, it is simply discarded and weathered glass found on beaches along bodies of water.

Sea glass begins as normal shards of broken pieces that are then persistently tumbled and ground until the sharp edges are smoothed and rounded. In this process, the glass loses its slick surface but gains a frosted appearance over many years.

Naturally produced sea glass (“genuine sea glass”) originates as pieces of glass from broken bottles, broken tableware, or even shipwrecks, which are rolled and tumbled in the ocean for years until all of their edges are rounded off, and the slickness of the glass has been worn to a frosted appearance.

Sea glass can be found all over the world. The best times to look are during spring tides (especially the perigean and proxigean tides) and during the first low tide after a storm.

The original source of the glass determines its s color. Most comes from bottles. The most common colors are kelly green, brown, white, and clear. These colors predominantly come from glass bottles mostly used by companies that sell beer, juices, soft drinks, and other beverages. The clear or white glass comes from clear plates and glasses, windshields, windows, and assorted other sources.

These colors are found about once for every 25 to 100 pieces found.