Do you know the hognose snake? This is a unique type of snake that has a special ability – it can play dead! 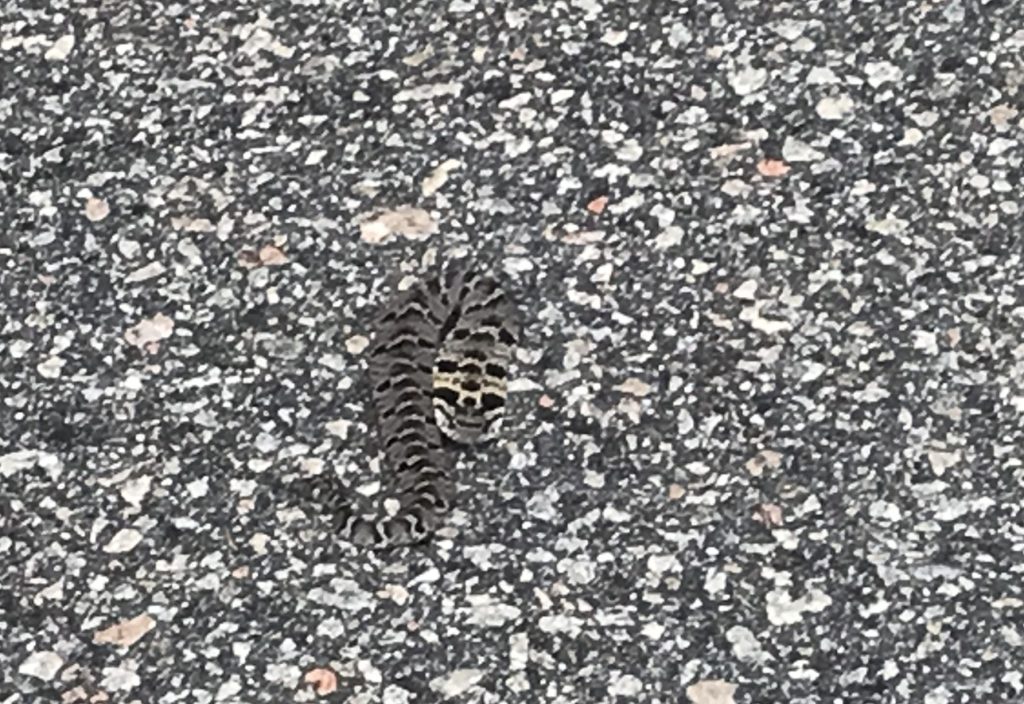 They are rather timid snakes and are not inclined to bite. When threatened, this snake will coil up and lay motionless on the ground. It will even open its mouth and stick out its tongue to make itself look more like a dead animal. It first hisses, then flatten their necks and raise their heads off the ground like cobras.

The hognose snake gets its name from its nose, which is shaped like a pig’s snout. This nose is used for digging in the sand and soil. Hognose snakes are also known for their upturned mouths, which they use to burrow for prey or to hide from predators. These snakes eat small mammals, reptiles, and amphibians.

They come in different colors including gray, brown, and black, depending on their locality. Some of them have patterns on their skin, while others are solid-colored. These snakes can grow to be about two to three feet long.

The hognose is frequently mistaken for more dangerous rear fanged snakes, such as the Eastern Diamondback rattlesnake.

They have a mildly toxic venomous saliva. Their saliva fails to meet the definition of a venom because they have no injection system. Indeed, the teeth of the hognose are smooth and strong without grooves, but they do not secrete venom.

Hognose snakes have never been formally documented using their saliva to kill prey, rather they kill by sawing and impaling prey, biting prey from the side rather than at the head to facilitate this process.