The Harrington School served as an educational hub for African American communities on St Simons Island. 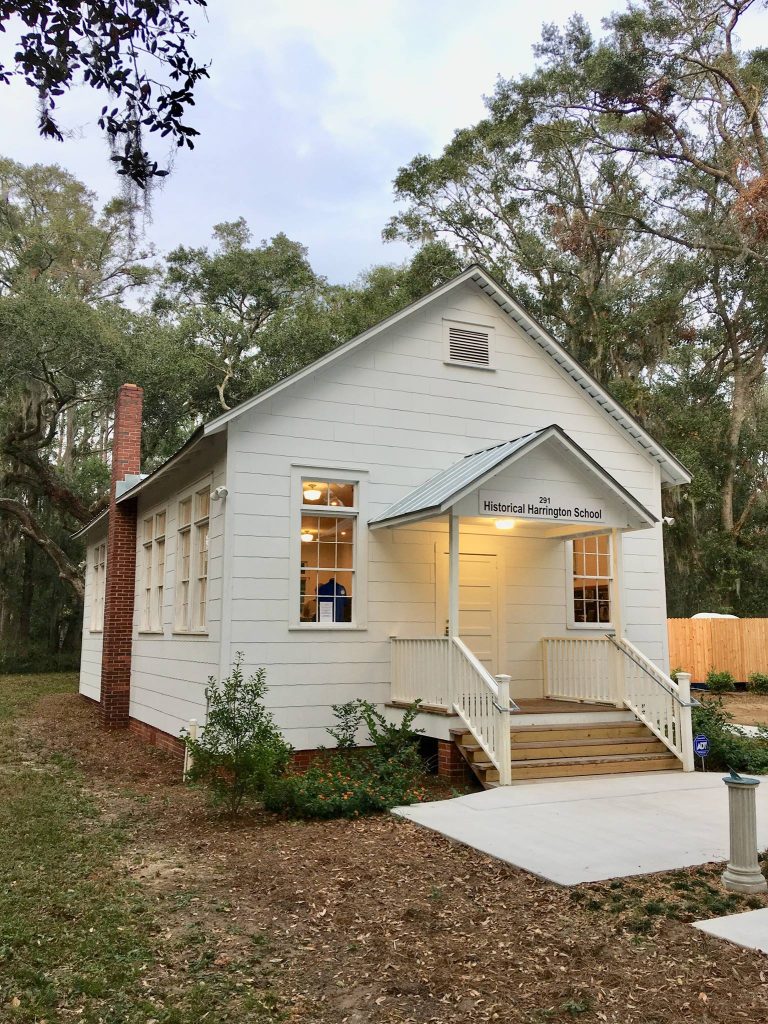 Over a century ago, the thriving Harrington Community was established by emancipated slaves who had been liberated from St. Simons Island plantations – an inspiring feat that has left its mark on history forever! From 1900 to 1920, a vibrant African American population thrived in the area. Many adults worked as sawmill workers and carpenters, as the area grew. Education was of the utmost importance. This community was well-versed; nearly every member could read and write. Harrington School hosted grades 1-7 until desegregation in the 1960s, when students transferred to St. Simons Elementary.

Not only did Harrington School provide an education to many over 100 years ago, but was a meeting site for the community.

For many generations, the school house was a cornerstone of community life. Students gathered around to learn and share in all forms of celebration. During Halloween there were apple-bobbing parties, while Christmas brought Santa Claus with gifts galore. Local families enjoyed Easter celebrations, plaiting Maypoles and numerous proms and graduations. Activities such as Harrington Parent-Teacher Association, Civic Club and fundraising organizations met here.