One of the most common owl calls that people know is the “who cooks for you” call. 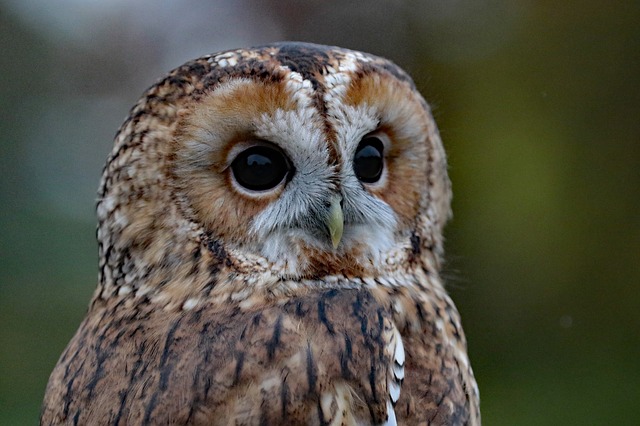 It’s a call commonly heard year-round on St. Simons Island. Be sure to listen for it in areas with large live oaks and old wood forests.

The barred owl, Strix varia, is a large stocky owl with a rounded head and no ear tufts. Their feathers are most commonly striped brown and white, giving them great camouflage in thick forests. They have dark brown to black soulful eyes and they can grow to be 19 inches tall and have a 43-inch wingspan. The oldest recorded barred owl was 24 years old. Their fossils have been found in Florida, Tennessee and Ontario, Canada, dating back to 11,000 years ago. The common call of the barred owl is a simple “hoot” and “who, who cooks for you.”

Since the 20th century they have been migrating west and can now be found in the Pacific Northwest and California. They prefer to live in large mature forests with both evergreens and deciduous trees. The larger and older trees provide ample crevices for them to roost and nest. Barred owls do not normally migrate. A study was done on 158 tagged owls, each of which didn’t move more than six miles during their lives.

During the day barred owls most commonly roost quietly in trees. However, they have been known to call during the day and sometimes even hunt small mammals. They are mainly nocturnal, using the nights to obtain the majority of their food. Because of their great eyesight, barred owls are able to catch all kinds of small mammals. The owls will perch on a limb, spot the prey, then swoop down and catch it with their sharp talons.

Courtship begins in February, with nesting starting in March and continuing all the way through August. This long nesting season allows a pair to lay a second nest, in case the first nest was lost. Males and females will pair for life, usually starting when they are at least a year old. They will then nest in cavities or take over old squirrel or crow nests. These owls do little to build or maintain their nests, possibly adding some moss or their own feathers at the most. Females may lay up to five eggs and are the primary incubator, sitting on the eggs for up to 33 days. The male will continue to bring food to their partner during the incubation. The young will leave the nest after six weeks.

Barred owls fall victim to humans, whether it be through hunting, over forestation or road kill.

But the only natural enemy to barred owls are great horned owls. Great horned owls have been known to eat eggs, young and even adults. If a great horned owl moves close to a barred owls’ territory, the barred will abandon it. Fire suppression and tree planting throughout the Central United States is the main reason for the spread of the barred owl. They have a high population and are not considered to be a species of concern. However, their movement towards the Pacific has put a lot of pressure on their endangered cousin, the spotted owl.